Cooperation with universities of foreign countries envisages exchange of students and teachers, realization of joint Summer Schools and dual diploma programs, organization of joint scientific conferences and seminars, as well as implementation of mutually beneficial exchange of experience. Up to now, UNEC has signed bilateral cooperation agreements with 92 universities from 32 countries of the world.

Students of UNEC are broadly benefiting an opportunity to take one semester long courses at the mentioned partner universities. Moreover, teacher exchange programs are of great importance in improving the training process at UNEC, allowing professors-teachers to benefit from best practices of leading foreign universities. 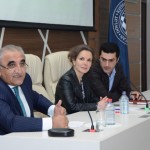 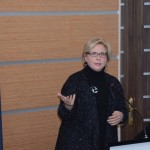 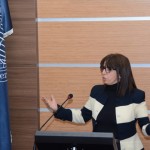 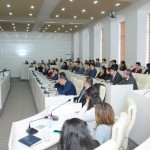 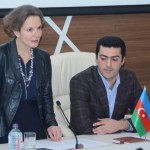 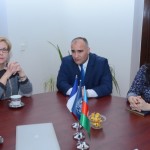 UNEC attaches particular importance on dual diploma programs with leading countries of the world. Establishment of the joint MBA Program on the “Business organization and administration” speciality can be highlighted as the first successful, step taken in this direction.

At the same time, UNEC has close cooperation ties with the World Bank, WTO, UNCTAD, World Intellectual Property Organization, Asian Development Bank, German International Cooperation Agency, Cooperation and Coordination Agency of Turkey, and other international organizations. “Public-Information Centre of the World Bank” and “WTO Reference Centre” are operating at UNEC. Our University is the only member of UNCTAD Virtual Institute from Azerbaijan.

As to the end of the 2013/2014 academic year, 282 students from 21 countries of the world were studying at UNEC. Students from Turkey, Georgia and Russia constitute majority of foreign students. Currently, foreign students prevail in faculties “Turkish world business, “International economic relations”, “Informatics and management”, “Commerce”, “Business administration” and “ Finance”.

Participation in international programs and projects plays an important role in international relations of our University. TEMPUS can be sited as the most successful program to which we are party. Thus, UNEC prepared and submitted 3 different projects as the coordinator in the framework of IV Round 6th Call Tempus Program. It’s noteworthy to say that UNEC’s TEMPUS the Project on “Development and improvement of university administration in the field of international relations” was declared as the winner by the European Commission and 654000 worth grant funds were allocated for the implementation of the Project. Thus, UNEC was the winner of the TEMPUS Program for the first time. At the same time, UNEC is participating in another TEMPUS Project “Integration of children in need of special care to higher education institutions of Azerbaijan” in the capacity of partner.

Another partner international program is the Mevlane Exchange Program which was launched in the 2013/2014 academic year. In the first year of the Program, 11 professors and teachers of UNEC got internship at Gazi, Hajettepe, Sakarya and Akdeniz universities of Turkey for 2-6 weeks period, delivered lectures on relevant subjects and got acquainted with modern teaching techniques applied at those universities. At the same time, 11 professors and teachers of Sakarya, Suleyman Demirel, Chukurova and Akdeniz universities visited UNEC and participated in the training process for 1-2 week in the 2013-2014 academic year in the framework of that Program. Furthermore, in the framework of the Mevlanə Exchange Program 6 students of UNEC got one semester training courses at Hajettepe and Sakarya universities of Turkey and 1 student of the Suleyman Demirel University of Turkey at UNEC.

Relevant measures are being implemented for active participation of UNEC in “Erasmus+” and “Horizon-2020” programs, allowing our students and teachers benefit from opportunities provided by both programs. 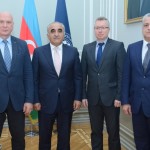 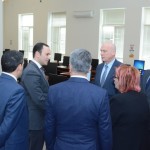 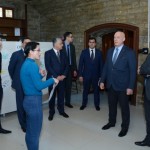 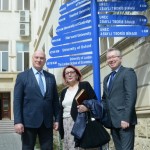 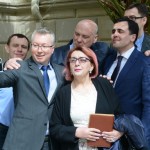 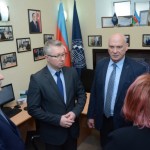