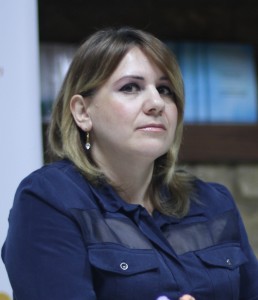 She is the adviser of the Library Work Development Association (AKIA) in Azerbaijan.

She is the head of the project “Voice Library”,  “Book of the Week”,  ” Lets read a book for children”, “We are proud of you” project, “UNEC Clubrary” project, “UNEC Young Poets” international project

Books she is the author of

5.The Role of Electronic Libraries in Promoting Multiculturalism // “Respublika” Newspaper.-2016.-13th of July–s.6

Diploma: For active participation in the project “Adjustment of the physically challenged youth to society” by the Youth Foundation under the President of the Republic of Azerbaijan – 2017

Thanks: Thanks diploma: on “Spectacular Good Spaces – Library” in 2017

Participation in the conference:

Report titled “Social and Cultural Space – Library” at the International Scientific-Practical Conference on the 90th Anniversary of the activity of  J. Jabarly’s Youth Library  named  “Libraries-Traditions and Innovations”, December 5, 2018

“Report on Inclusive Education and Library Services: Challenges and Perspectives” at the International Scientific-Practical Conference “Innovations in National Libraries as the Basis of Change and Origins of Development”, dedicated to the 95th anniversary of the National Library of Azerbaijan, 27-28 September 2018

Trainer in the section “Inclusive Education and Libraries: Challenges and Perspectives” within the international conference on “Inclusive Higher Education: International Trends and UNEC Experience” at UNEC, February 12-14, 2018

Report on “The Role of Libraries in Integrating of blind young people into higher education” at the conference held in UNEC on the occasion of  International Day of Disabled Persons on the topic  “Education for All”, 2 December, 2016

International Scientific Conference on Library-Information Science: New Challenges in Teaching and Practice “, May 5, 2016

Second International Seminar organized by the Copyright Agency of the Republic of Azerbaijan on “Exceptions and Limitations for Libraries, Archives and Educational Institutions”, 30 November – 1 December 2015

Republican Scientific-Practical Conference on “Organization of Electronic Libraries in higher education Institutions and their effective use”, Baku Business University, February 27, 2015

I International Scientific Conference on the Application of Theoretical and Practical Achievements in the Library-Information Area, April 1-2, 2014 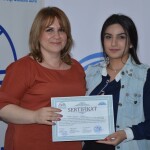 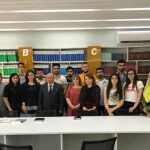