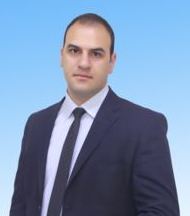 He was born in 1991 in Okhud village of Sheki region.

In 1997-2008 he left secondary school named after Nurpasha Hummatov in Okhud village.

In 2008-2014, he received a bachelor’s degree in “Public and Municipal Administration” from the faculty of Economics and Administrative Sciences, Suleyman Demirel University, Republic of Turkey.

In 2015-2017, he received a master’s degree in “Civil Service Organization and Management” at the Institute of Social Sciences, Suleyman Demirel University, Republic of Turkey.

In 2017, he started working as a lecturer at Zaqatala branch of  Azerbaijan State University of Economics (UNEC).

In 2017-2018, he was a member of the Branch Examination Commission, and in 2019-2020, he was the person responsible for conducting examinations.

On January 21, 2020, he was appointed   as the head of Zaqatala School of Economics of UNEC.

He is   a part-time teacher at the department of “Economics and Management”.

Scientific activity: He is the author of more than 8 scientific articles on Human Capital, Digital Economy and Azerbaijan Economy.

Marital status: Married since 2018. He has a child.