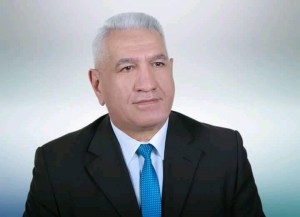 He was born on May 12, 1956 in Gizil-kilsa village of the ancient Bashkechid (now Dmanisi) region of Ulu Borchali district.

In 1973, after leaving   Gizilkilsa village secondary school, he entered the physics faculty of   Azerbaijan State University (now BSU). He graduated from the same university in 1982.

In 1998, he defended his thesis on “The effect of carbon and nitrogen atoms on the distribution, phase transitions and properties of atoms in iron-nickel and iron-manganese alloys” and received a PhD in physics and mathematics.

He began his career in 1973 as a  worker  in the Baku Tunnel Construction Department. In 1983, he worked as a secretary of the free Komsomol organization of Baku Vocational School No. 25, in 1990, executive secretary of the “Knowledge” society of Nizami district, in 1992-1997 as a specialist in the Department of Higher and Secondary Special Education of the Ministry of Education of the Republic of Azerbaijan.

In 1997, he was appointed director of the Baku Industrial-Pedagogical College and headed it for 20 years.

Since 2016, he has been the director of Baku State Socio-Economic College.