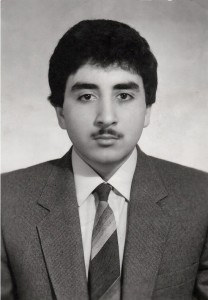 Abilhasanov Ilgar Yusif oghlu was born on August 19 1967 in Baku. After completing his military service he was enrolled to the Institute of National Economy of Azerbaijan (current UNEC). Ilgar who wished to become a serviceman as his father and brother, moved to the evening department of the institute and started to work for police units. He occupied the post of sergeant at the Yasanal district police department. Ilgar’s shift was nearly to end when the Soviet troops entered Baku on the night from January 19 to 20, 1990. Ilgar Abilhasanov died in the hospital after he was injured approximately at 12. Today Baku city Secondary school 42 of Nasimi district where Ilgar studied was named after him.