The management of the University has elaborated a long-term plan in order to educate our students with new means and methods in the spirit of Heydar Aliyev, in the light of his rich ideas, to learn, teach, promote and expand statehood, Azerbaijani and universality concept of his heritage, his management style, to benefit from and apply those ideas in everyday life. To this end, with a view to perpetuating his sacred memory, the “Centre for studying Heydar Aliyev’s heritage” was established on December 10, 2005 with the support of the Heydar Aliyev Foundation at the initiative of the management of the University at the lecture room where our National Leader successfully defended his diploma work in 1957.

It was the first such kind of initiative aimed at studying and promoting rich heritage of our National Leader.

With a view to expand the experience of the University, scientists, master and bachelor degree students from other higher education institutions are invited to listen to lectures round tables are organized and exchange of views are carried out. 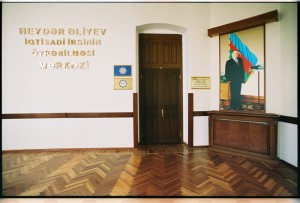 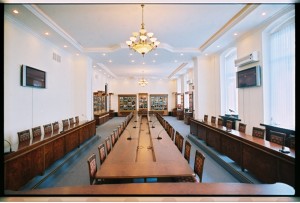