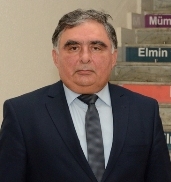 Following urgent applied economic problems and issue are the main scientific operation directions of professor Hasanov Rasim Tapdig, Director of the Scientific-Research Institute of Economic Studies under ASEU: actual problems of Azerbaijan economy, including; challenges of sustainable, continuous and balance growth, formation of national economic policy, macroeconomic regulation and improvement of economic management system of the state, acceleration of social  and regional development, problems of formation of innovation economy, assessment of economic basis of public choice, and preparation of functional, areal and regional  social economic development concept and programs, performance of public economic management tool, efficiency in use of state funds and increase of  their result-orientation indicators, improvement of finance-budgetary and financial control mechanism, actual problems of economic security, integration of Azerbaijan economy into the world economic system and development of geo-economic relations, assessment of impact of globalization and global economic conditions on Azerbaijan’s economy and etc.

Large-scale articles of R.Hasanov concerning urgent economic challenges faced by our country, success and outlook of our economic growth have been published on prestigious scientific publications in Azerbaijan and abroad. In addition to local media outlets such as News of ANAS, “Economy: theory and experience”, “Oil economy”, “Scientific and technical news”, “Economy and audit” and etc., there are also following foreign journals and newspapers where his works have been published: «Общество  и Экономика»;  «Проблемы  региональной  экономики»; « Социальная политика  в  постсоциалистическом  обществе, задачи, противоречия, механизми» (Наука, колл. монография,2001г), j. Central Asia and the Caucasus; The Caucasus  & Globalization, Sweden.

Team of researchers headed by Rasim Hasanov won the first grant on economic science allocated by the Science Development Fund under the auspice of the President of the Republic of Azerbaijan, which was established in 2010.  The Grant Project concerning an interesting topic for developing countries – “Evaluation of the mechanism for coordination of fiscal and monetary policy in ensuring sustainable economic development in Azerbaijan and determination of ways to improve them” was implemented in 2011. Over 2011-2012 years, two more grant researches were conducted under the guidance of prof R.Hasanov. According to the decision of the Cabinet of Ministers of the republic of Azerbaijan, results of grant researches on topics “Diagnostic of outcomes of regional social-economic development programs in the Republic of Azerbaijan and formation of the regional economic development model” (2011) and “Evaluation of the mechanism for stimulation of the development of the agrarian sector in Azerbaijan by the state and preparation of proposals and recommendations for improvement” (2012) have been adopted for the use by state organizations.

He participated in numerous international scientific conferences and symposiums that were held in PRC, Poland, Russia, Australia, Holland, Turkey, Greece, Kazakhstan, Iran, Kyrgyzstan, Ukraine and other countries in the composition of different delegation groups of the Republic of Azerbaijan over 1997-2010 years, and within CIS countries over 1983-1991 years. He was the National Coordinator of Azerbaijan on Economic researches at the Economic Cooperation Organization and deputy chairman of the Council of Economic Problems under the State Science and Technology Committee of the Republic of Azerbaijan over 1999-2003 years.