A Commemorative Event in the Russian School of Economics of UNEC

An event dedicated to the Great Leader Heydar Aliyev’s Memorial Day has been organized by the Student Trade Union Committee at the Russian School of Economics of Azerbaijan State University of Economics (UNEC) on December 12.

The event started with the National Anthem of Azerbaijan. Director of UNEC’s Russian School of Economics, Associate Professor Mansur Barkhudarov spoke about the Great Leader’s efforts made towards the establishment of the modern Azerbaijan state as a far-sighted individual. He mentioned the invaluable services made to the development of science, education and culture by Heydar Aliyev and large-scale reconstruction programs implemented under his leadership. A film dedicated to the Great Leader’s life and activities was demonstrated after a minute’s silence to his memory within the event. 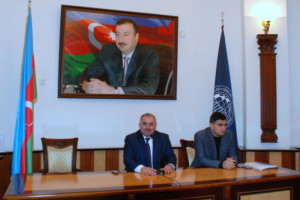 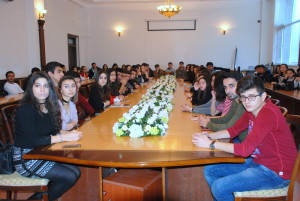