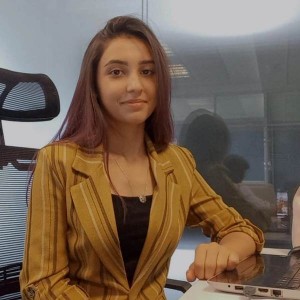 A UNEC student has won an international competition organized by Organization of World Heritage Cities (OWHC).

The video “BUTA – the first embryo of creation” submitted by Nurjan Dashdamirova, a third-year student of  International School of Economics (ISE) to the International Video Production Competition, was awarded first place in Azerbaijan and then in the world.

The video visually introduces the historical sites of the Old City, the changes in Baku as a result of the pandemic, the damage to the tourism sector and the economy in general. Then, ways to eliminate the effects of Covid-19 are voiced, and it is emphasized that their implementation has begun in our city. At the same time, the student says in the video that he believes that our city will overcome these difficulties, and he sees it in our national symbol, “BUTA”, which means “the first embryo of creation.” In the end, the video ends with the student’s performance of the national dance of Azerbaijan “Gaval dance”.