UNEC TUC awards the Activists of the Year

The Trade Union Committee of Azerbaijan State University of Economics (UNEC) has held final sitting of 2017. Chairmen on the Schools made reports on the work done inter the faculties within the II term of academic year. 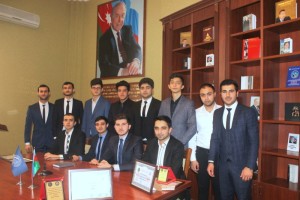