A Secretary to the Faculty- Samadov Parviz Habib 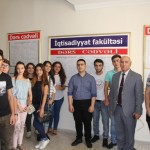 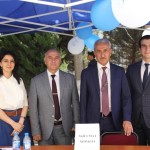 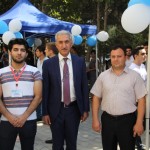 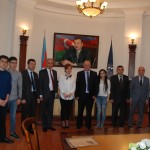 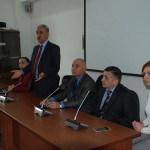 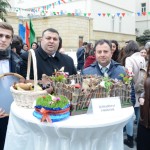 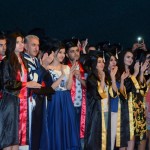 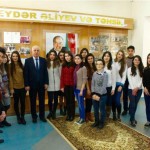 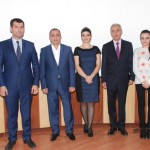 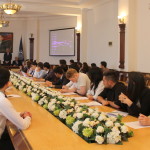 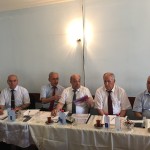 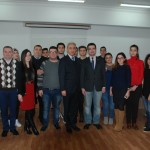 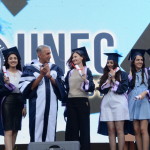 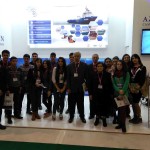 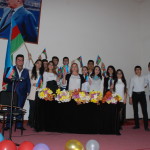 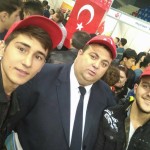 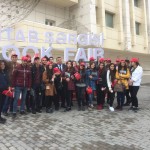 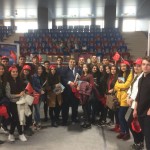 To ensure the execution of the decision made by UNEC Academic Board on 29.02.2016 the Faculty of Economics was established in accordance with the decree signed on 13.07.2016 on the basis of the Faculties of International Economic Relations and Economy and Industry. The Faculty is run by the Assistant Professor Asiman Guliyev.

The Faculty of International Economic Relations. This faculty started its activity in 1992. The establishment and operation of such a faculty, first of all was associated with the collapse of the Soviet Union and the demise of totalitarian regime, formation of free market relations, with the start of the transition to a market economy. Penetration of Azerbaijan into the international community and its recognition made the development of personnel on international economic relations necessary and this in turn to create a new faculty. In the first period of its existence the faculty called Commerce and International Economic Relations started its performance for the first time in the predecessor of the University of Economics ASIE.

The faculty and the departments under it have close scientific relations with universities abroad. The academic staff of the faculty regularly makes speeches in scientific forums of different levels held abroad and in the country. The teaching and student staffs of the faculty visit the universities of foreign countries, make exchange of experiences and reports in scientific conferences, publish their scientific works, attend summer faculties, continue their education and hold meetings of different character in accordance with the mutual contracts of cooperation. The academic staff’s and students’ meetings with the well-known economist scholars of foreign countries, the laureates of Nobel Prize and the administration of universities are being held. As an example, we can point meetings held with Joseph Stiglitz (Nobel Laureate), Robert Mandel (Nobel Laureate), Hayme Gil Aluca (President Royal Academy of Finance of Spain), Erich Faygl (Professor of the Institute of Oriental Studies of Vienne, Austria), Turan Yazgan (Head of Turkish World Research Foundation), Burhan Turksen (Director of the Center of Scientific Researches in Toronto, Canada), Masud Nikrovesh (Head of Laboratory of Berkley University of California, the US.

The Faculty of Economics and Industry. The faculty was established in 1930 years and performed under different names (Plan-economy, Planning of People’s Economy etc.), in 1980 the faculty was merged with ‘Economy of Industry’ faculty and named ‘Plan Economy’, since 1990, in line with the requirements of the transition period into the market economy, the faculty was renamed with ‘Regulation of Economy’.

Since 2009, as part of the structural changes within the University of Economics, as a result of the combination of two faculties – ‘Regulation of Economy’ and ‘Production and service sector economy’ a new faculty named ‘General economy’ was established.

*
The Department attached to the Faculty:

Specialties of the faculty: