Our interviewee is the International Relations Department Director, Dr of Economy Muslim Ibrahimov. 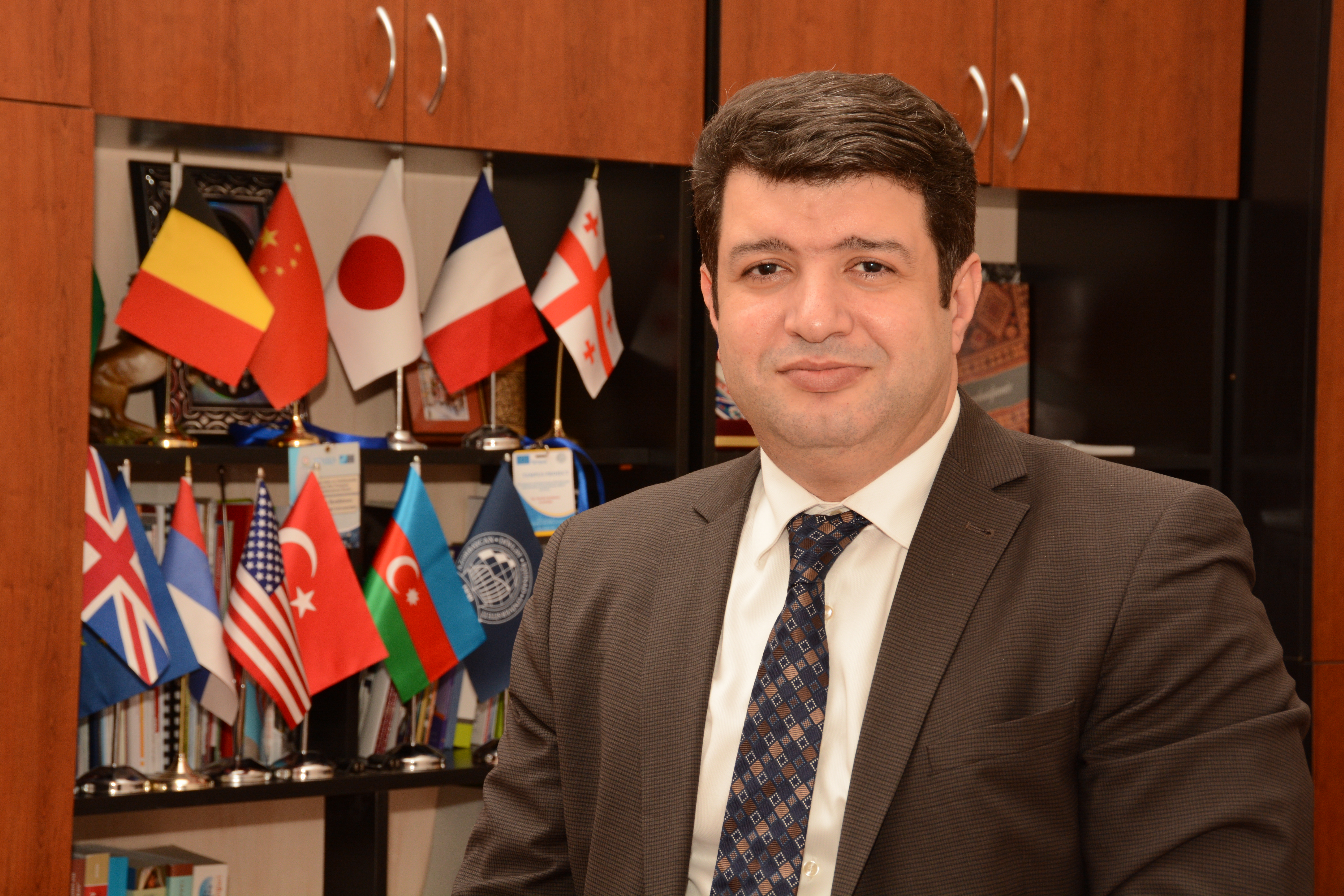 – Mr.Ibrahimov, what kind of international cooperation activities are carried out at Azerbaijan State University of Economics and what is there anything new?

Contract of cooperation with one of the prestigious higher educational institutions of Russia Higher School of Economics of the National Research University was signed.

We achieved the agreement on joint cadres’ development with the Western Macedonian Technological Institute of Greece. As a result of the agreement our teaching staff members will be involved to cadres preparing abroad.

Considering the result achieved in the student and teaching staffs’ exchange and organization of joint summer schools with Micolas Romeris University of Lithuania we realized a dual diploma program for graduate students studying on Finance.

Our cooperation ties with the Solbridge Business School of Vusong University, Southern Korea in student exchange is going on. Joint MBA Program on “Organization and Administration of Business” with the University of Business and International Researches of Switzerland continues to be performed. 14 Masters will obtain a dual diploma of the two universities this year.

The development of dual diplomas for graduate programs on the basis of the School of Turkic World Administration with Gazi University is being realized. Dual diploma program with the University of Montpellier will be realized the next academic year.

Generally, over 50 employees of our university became the participants of about 40 international conferences. About 20 Professors from 10 countries lectured to our students about different problems of economy. Ambassadors and diplomats of Turkey, Ukraine, USA, Argentina, France, Germany, Columbia, Norway, Hungary, Tajikistan and the other others visited our university; they discussed the cooperation opportunities of the appropriate universities of the countries they represent. An American specialist conducted trainings on English for the employees of our university, teaching staff of the Department Foreign Languages and our students within the Fulbright Program.

- Which International Programs and Projects do you participate?

- For the first time ASUE became the winner of the TEMPUS Program. Our University was announced a winner by the European Commission on TEMPUS Project “Development and Improvement of the University Administration in International Relations” and granted 654 thousands of euro for the execution of the project. We conducted the monitoring of the work done related with the project in all partner universities as the coordinator. Among the partners of the project are 3 Western European Universities, as well as the Warwick University of Great Britain, 4 Universities of Azerbaijan, 6 Universities of CIS. In addition, the Ministries of Education of Azerbaijan, Ukraine, Kirgizstan and Tajikistan are among the partners of the project. Our University became the winner of another TEMPUS Project as a partner on “Integration of the People with Special Needs to Higher Education Institutions of Azerbaijan” in 2013.

ASUE actively joined the “Erasmus +” Program of the European Commission. Contract of bilateral cooperation with 9 universities within “Erasmus+ Program called the first line of action KA1 was signed. It has also joined 8 projects consortia called KA 2 within the Program “Erasmus+” in the direction of the second action. In addition, we have proposed to the draft on “Establishing Jean Monnet Module on European Economy” to operate as coordinator of Jean Monnet Activities within the “Erasmus+” framework.

- What kind of affairs is being held to involve the overseas students to ASUE and what conditions have been created for them?

- Attracting foreign students occupies an important place in the activities of University’s international relations. Effective organization of ASUE’s propaganda in the countries considered the priority, realization of the admission of foreign students online and improving the dormitory conditions are implemented as complex measures.

- Which international organizations are you in relation with?

The “World Bank’s Social and Information Center” and “WTO Support Center” are carrying out the activity in ASUE and our University is the only member of UNCTAD Virtual Institute in Azerbaijan.

- What are the priority goals of the University in increasing the efficiency of the international relations?

- Intensification of bilateral cooperation with foreign countries, increasing the number of foreign students and more active involvement of the teaching staff and students in international programs are the priority programs. Significant steps in the direction of improving the international image of the university and including the university in the world ranking list are taken.