8 students who passed scientific internship in the “Higher School of Economics” of the National Research University of Russia shared their impressions of the trip within the event. Then the students who completed their industrial internship in Saint Petersburg branches of the banks “VTB 24’ and “MBA-Moscow” made speeches. They stressed that along with obtaining high practical experience, they were closely acquainted with the banks in progress.

In addition, the winner team of the tournament on the intellectual game “What? Where? When?” held by UNEC’s Student Trade Union Committee was awarded a Cup. M.Barkhudarov urged the students of the Russian School of Economics to be active in all scientific and intellectual events and rivalries held in the country. 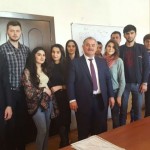 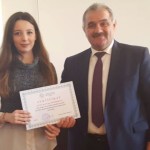 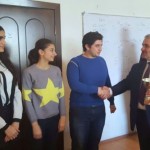