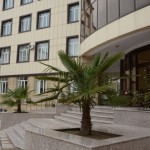 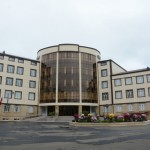 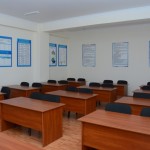 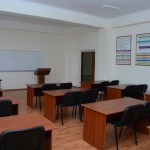 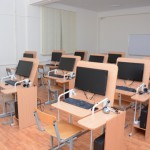 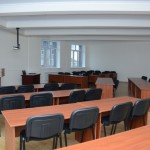 Darbnd branch was established by our National Leader Heydar Aliyev’s own initiative and assignment in 1993.

The Branch was led by Professor Kerimov Rahman Yuzbash oghlu since its establishment until October of 2000. Beginning from the middle of 2000 to present the Director of the Branch is Professor Goyushov Rovshan Jahandar.

The Branch has been awarded licenses and accreditation on the above mentioned specialties by Azerbaijan Republic Ministry of Education. Every year the admission of students to the branch is carried out both chargeable and free of charge as well.

Bachelors on 4 specialties are developed in the branch:

Leading professors and teachers of the university take active part in the teaching process of the Darband Branch. Advanced teaching staff conducts here lectures and seminars in accordance with the modern technologies. As the lectures and seminars are conducted in Russian, qualified teachers of the university in this field are gradually sent on business to the branch.

An official opening of the Branch of Azerbaijan State University of Economics situated in Darband city of the Russian Federation Dagestan Republic on November 28. Speaking about the Darband Branch UNEC Rector A.Muradov said teaching here is conducted in 4 majors in Finance, Accounting and Audit, Economics and World Economy. Teaching is developed in accordance with the curriculum of the Russian University of Economics named after Plekhanov. The academic staff is mainly consists of the citizens of the Russian Federation. In addition, UNEC’s leading professors and teachers lecture in the branch. In general, salaries of the branch’s pedagogical staff are twice more than the relevant average indicator of Dagestan Republic. Rector said that admission to UNEC’s Darband Branch is performed in accordance with the admission of students in Russian Federation.

The total area of UNEC’s Darband Branch is 11000 sq/m. There are 32 auditoriums in the branch for the training of 1000 students in one shift. Lecture rooms of the branch, which has all necessary infrastructures, are equipped with projectors and computer hardware. Specialized rooms for all disciplines are also available. Library and reading hall, computer and language laboratories, sports and aerobics halls, health center and 100-place canteen which meets modern requirements. The assembly hall of the branch is intended for 284 people. Centralized heating, autonomous substation and 80 cubic-meter reservoir are also available. A 100 megabyte Internet network has been laid. The Darband Branch is provided with a full video observation system.