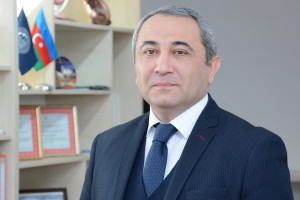 He was born in Baku city on December 26, 1973. Finishing the secondary school  251 of Nizami district of Baku city, he entered   the ‘Law and social sciences’ faculty of Khazar University. In 1994 – 1995 academic years, winning ‘ACTP’ student exchange program first in Baku, then in Moscow he studied at Utika College of Syracuse University of New York, USA.

Getting a Bachelor degree in 1996 at Khazar University with honors, in 2004 he got his Master’s degree at Azerbaijan State University of   Economics   majoring in ‘International Economic relations’ with honors.

Being   a candidate for a degree in the department of  ‘International Economic Relations’ of Azerbaijan State University of Economics in 2013 he defended his dissertation and got PhD in economics. He is co-author of one monograph and two tutorials. He has translated three tutorials. 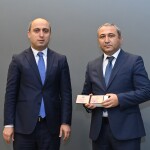 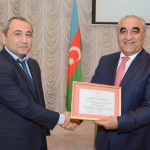 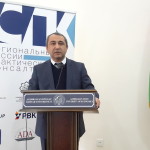 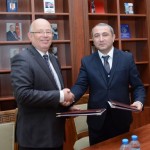 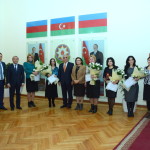 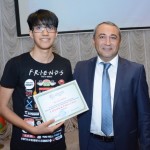 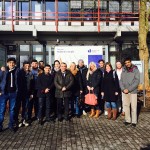 He worked as operations manager at the branch of Scotland ‘OBC Transport’ company in 1996, as a Senior Manager of USA – Russian joint company ‘DIALOG Freight INTL’ within 1997 – August of 1998. From August, 1996 till August, 2013 he acted as Executive Director of Holland ‘Van der Wal Int. Transport Baku’ company. In 2008, he was awarded with the name of ‘Top Road Transport Manager’ by International Road Union (IRU). In 2001- 2013, he worked as the chairman of the board of Moskvich Technical Service OSC.

He has started to give hourly classes at ‘Special Talents Group’ of Azerbaijan State University of Economics since 2004.

From 2010-2011, including the academic year of 2013-2014 he worked as a part time teacher on substitution principle at the chair of International Economic Relations.

From February 2014 to 2017, he was the head of the department of” International Economics “(English) at UNEC.

In October 2014, he was appointed director of   International School of Economics (formerly called   Learning Center in English) of University of Economics. He is an associate professor at the department of International Economics (English) at UNEC. From May to December 2018, he served as   Vice-Rector for International Relations and Programs of UNEC.

From December 21, 2018, to August 2021, he has been Vice-Rector for Teaching and Learning Technologies at UNEC.

In August 2021, he was appointed Deputy Chief of the State  Road  Transport Service under the Ministry of Transport, Communications and High Technologies.

In December 2021, he was appointed head of the State Road   Transport Service under the Ministry of Digital Development and Transport.

In 2015-2017, he was awarded the “Honorary Decrees of the Ministry of Education of the Republic of Azerbaijan” for high achievements in the field of education of the younger generation.

By the Order of the President of the Republic of Azerbaijan dated September 24, 2020, he was  awarded  “Taraggi” medal on the occasion of the 90th anniversary of  Azerbaijan State University of Economics and for his services to the development of education in Azerbaijan. 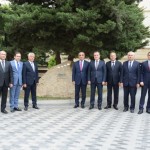 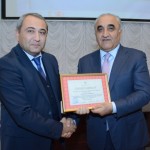 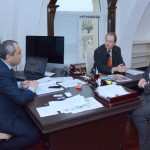 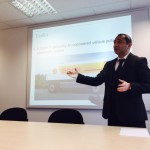 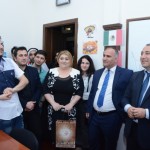 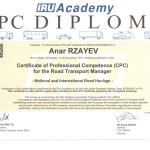