Azerbaijan State University of Economics, which was founded in 1930,
is one of the largest higher education institutions in the Southern Caucasus.
There are 9 faculties operating at UNEC with more than 18.000 students studying on 22 specialities.

More than 850 students from 12 countries of the world study bachelor and master degrees at UNEC. 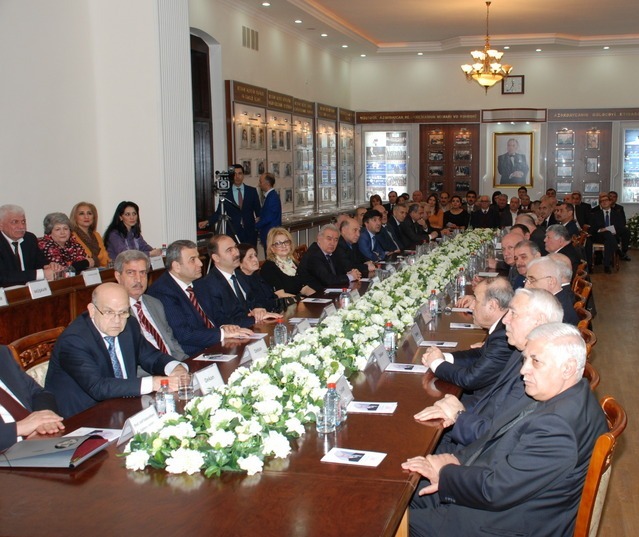 “European Quality” award established by the European Business Assembly, European University, The Club of Rectors of Europe and Oxford University, based on survey conducted among well-known universities of Europe

«Service to the Turkish world and Turkish culture» Award

Golden Medal of the International Academy of Professionals (Ukraine)

«Millennium award» diploma, cup and order of the «Leader of the XXI century» International Image Program for development and effective application of advanced and modern education technologies in professional activities, prompt and flexible introduction of innovations in education

It was awarded the “Best Performance” Certificate for the best presentation at the 9th Azerbaijan International Education and Career Exhibition. It is the only University awarded the Best Performance Certificate at the exhibition, where more than 130 higher education institutions from 16 countries participated.

UNEC’s Business School has been recognized as full member of the Business School Accreditation of the European Foundation for Management Development (EFMD) for the first time in our Republic.

It performs cadre’s development with the Institute of Technological Education of Western Macedonia of Greece that is the European member country for the first time in the history of Azerbaijan.

The Electronic University Platform, which carries out administration of teaching on the basis of interactive and up-to-date technologies, was first realized at UNEC.

UNEC maintained it leadership among the universities in Azerbaijan in accordance with the list revealed by most prestigious ratings of the higher education institutions of the world “The Ranking Web” and “Webometrics”. UNEC is the only university among the higher education institutions in Azerbaijan to possess these indicators.

According to the last results of 2016 introduced by uniRank that defines web popularity of the world universities UNEC was the first. The University was chosen the most popular higher school in the country for university internet resources on the basis of the rating assessment.

Training of professional economists with higher education was started from the 20s of the past century. Thus, one of the five faculties created at Polytechnological Institute by the Revolutionary Committee of Azerbaijan was the faculty of economy. Economy section was established within the faculty of public sciences at the Azerbaijan State University in 1922 and that section prepared professional economists till 1930.

Azerbaijan Social Economic Institute was created on the basis of the Azerbaijan Trade Cooperation Institute covering small-scale institutes such as Socialist accounting, Building of Soviet and Law, Finance, Plan-economy operated under different ministries and agencies.

With the outbreak of the Great Patriotic War, a number of institutes, including the Azerbaijan People’s Economy Institute were merged with the Azerbaijan State University, and then operated as a separate institute between 1945-1959.

Operation of the Azerbaijan People’s Economy Institute was suspended again with the relevant decision of USSR Soviet of Ministries with key economic-oriented specialities gathering at the Azerbaijan State University.

Operation of the Azerbaijan State Economic University was restored with the decision of USSR Council of Ministers.

A new Azerbaijan State Economic University was established on the basis of the Azerbaijan State Economic Institute and Baku Merchandising Institute according to the Decree #349 of the President of the Republic of Azerbaijan. Thus, our university which was founded in 1930 grew from a small faculty into one of the leading universities of Azerbaijan, becoming one of the largest higher education institutions in the Caucasus region, which is considered as the main centre preparing high quality specialists in important fields such as industry, agriculture, trade, finance, statistics, tax system, marketing and management in our country. Our objective is to turn the University into modern electronic university successfully integrated to the world education system in the future. The most memorable event the life of University of Economics was the arrival of the Great Leader Heydar Aliyev at the University. Participation of Heydar Aliyev, then President of the Republic of Azerbaijan in the celebration of the 70th anniversary of University of Economics was an unforgettable event in the memory of our multi-thousand staff. Care to and focus on science and education of Azerbaijan, courageous scientists and teachers was in the limelight of political activity of Heydar Aliyev.

The highest appreciation of drastic quality improvements recently carried out in the University was given Mr. Ilham Aliyev, President of the Republic of Azerbaijan at the event dedicated to the 75th anniversary. According to the Presidential Decree, 8 staff members of the University were awarded with the “Progress” medal and 14 persons were received the name of the “Honored teacher”. His excellency Mr. Ilham Aliyev, President of the Republic of Azerbaijan was also participation in the opening ceremony of the new building of University of Economics and delivered a strategic speech. Mr. President, Ilham Aliyev highly appreciated reforms implemented at University of Economics, conveyed his best wishes to staff members and wished success in their operation. The President said: «I think that Azerbaijani professionals should hold key positions. To this end, they should acquire higher skills, get deep knowledge about business management at the global level and show their qualities. The Azerbaijan State Economic University did a great job to this direction and will hopefully make contributions in the future as well... I wish that all higher schools of Azerbaijan to have the same level of quality».